Hundreds of unaccompanied migrant children at an emergency foster shelter in Fort Bliss faced unnecessary delays in reuniting with their families or were released to relatives or sponsors who failed to do so. undergone a proper background check, according to an internal federal report.

Arriving at the southwestern border without parents or legal guardians in early 2021, the children also went weeks without speaking to their case managers – resulting in their emotional distress, anxiety, panic attacks and even self-harm, according to a 58-page report from the Office of the Inspector General of the Department of Health and Human Services released Sept. 27.

“HHS’ reliance on emergency reception sites and influx care facilities like Fort Bliss does not serve the best interests of children seeking safety,” said Wendy Young, president of Kids In Need of Defense, a contracted agency providing legal assistance and education to children. held at the site. “KIND continues to lobby the department to expand the network of smaller shelters where the standard of care is higher.”

The Fort Bliss emergency shelter opened on March 30, 2021 – one of 14 commissioned by the Office of Refugee Resettlement. The ORR oversees the Unaccompanied Children Program under the administration of HHS for Children and Families. Shelters have also been set up in San Diego and Los Angeles, California, and Dallas, San Antonio, Houston and Pecos in Texas, among other places.

Able to accommodate up to 10,000 children, the Fort Bliss facility was quickly condemned as unacceptable by elected officials and migrant and children’s advocacy groups who visited the site soon after it was built. Whistleblowers later alleged “gross mismanagement” and the poor conditions on the site. The Associated Press reported that a peak of 4,800 children were housed there in May 2021, falling to less than 1,000 in June of the same year.

The HHS Inspector General’s Office reviewed the shelter for the period March 30 to June 30, 2021, after members of Congress, child protection advocates and facility staff raised concerns about inadequate case management. The Inspector General also carried out an on-site inspection on June 29 and 30 of the same year.

The facility — warehouse-sized soft tents filled with rows of bunk beds for 13- to 17-year-olds — is run by an emergency shelter service provider under a federal contract, though that none are named in the report.

The El Paso times in a September 2021 article, the contractor was identified as Rapid Deployment Inc., an Alabama-based company that has billions of dollars in federal contracts. The Fort Bliss shelter’s contract has been extended and amended several times, reaching more than $1.5 billion as of December 2021, according to the Federal Procurement Data System and USASpending.gov, which track government spending and contracts.

ORR closed 12 of 14 emergency reception shelters in January this year, converting the Fort Bliss and Pecos sites into influx care facilities in May and June, respectively. Residential and emergency care centers are meant to be temporary, with the latter providing only basic services such as food and clothing. Neither is required to be licensed by state child welfare agencies.

Today, the Rapid Deployment contract is valued at approximately $3.36 billion – with a contract extension of more than $310 million for nine months through June 2023 awarded on September 30, according to data on government spending. The Fort Bliss reception center now has beds for 1,500 children and housed about 850 as of September 30.

Rapid Deployment Inc. officials did not respond to requests for comment.

Officials from the HHS Inspector General’s Office told El Paso Matters that the review focused on the safe and timely release of migrant children and did not specifically examine the state of the shelter. The Government Accountability Project, a whistleblowing and advocacy organization, and media outlets who spoke to shelter staff last year said they described the facility as dirty, too noisy and prone to flooding and dust storms. .

OIG officials said allegations of abuse at the shelter were referred to the Office of Investigations for review “understanding that local law enforcement and child protective services are often the agency of most appropriate intervention”. The OIG said it could neither confirm nor deny the ongoing cases.

The OIG said it was also conducting an audit to determine whether the Administration for Children and Families followed federal regulations, as well as health and human services procedures, when awarding contracts for emergency shelters. This report is expected to be released in fiscal year 2023, which began on October 1.

The Unaccompanied Children Program saw Department of Homeland Security removals of young migrants double to nearly 123,000 from fiscal year 2019 to 2021 – with more than 20,000 children in April 2021 alone. At the same time, the capacity of a network of licensed shelters has diminished as COVID-19 has led to staffing shortages and social distancing protocols.

Children detained by DHS agencies such as Border Patrol must be transferred to ORR within 72 hours of determining that they are unaccompanied. These children remain in the care of ORR until a family member or sponsor assumes custody, they are placed in long-term foster care, or they reach the age of 18 years old.

Here is some of what the Inspector General’s review found:

The OIG made a number of recommendations to the Child and Family Administration, including that it develop a plan to find qualified case managers during an influx. In response, the ACF said the ORR contractor had recruited over 400 experienced case managers in July 2022 who can be deployed as needed.

Training improvements were also recommended, which ORR said it is addressing with lessons learned from shortcomings at Fort Bliss. ORR won a 5-year contract last fall to upgrade its training infrastructure.

ORR and ACF have also agreed to seek the advice of specialist child welfare staff when establishing protocols and guidance in the field during an influx, to continue to improve the case management system and better educate ORR employees and contractors about federal whistleblower protections.

“As advocates who regularly meet with children in government custody, we welcome this kind of transparency and agree with the inspector general’s recommendations,” KIND’s Young said in a statement. . “It is now vital that HHS ensure that Fort Bliss meets all relevant requirements for influx care facilities to optimize conditions and services for vulnerable children placed there.” 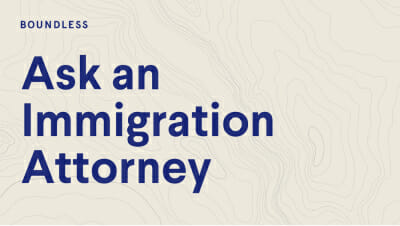 What is the average processing time for unmarried children over 21?