A day after five teenagers were shot, including one fatally, near Roxborough High School in Philadelphia, parents who dropped their children off at school on Wednesday morning expressed shock and frustration.

Several parents who spoke to Chalkbeat outside of school said school officials should have canceled classes the day after the incident. And one parent criticized the outreach, or lack thereof, she received from the district.

The teenagers were shot at around 4.40pm on Pechin Street, a short walk from Roxborough High. The shooting took place shortly after a football scrimmage involving Roxborough’s junior varsity team. Four of the five victims – all between the ages of 14 and 17 – have been identified as members of the squad, according to Philadelphia police.

A member of the football team was shot in the chest and died a short time later at Albert Einstein Medical Center. Police identified him as 14-year-old Nicholas Elizalde. Although Elizalde was a member of the Roxborough football team, he attended Walter B. Saul High School, an agriculture-focused magnet school, according to district spokeswoman Christina Clark.

Police did not provide updates on the condition of the other four teenagers.

Deputy Police Commissioner Frank Vanore told a news conference on Wednesday that surveillance video, which captured several people exiting a Ford Explorer and shooting at the students, led police to believe that the attack was targeted. But he said police were still trying to determine who the target was.

More than 60 ammunition casings were recovered from the scene by police.

“I am the parent of a ninth grader who is afraid to go to school today,” Reignor said.

An outcry from parents at Roxborough High

Philadelphia’s problems with gun violence are longstanding. But in recent years, its traumatic effects on the city’s students have intensified. The number of homicides in Philadelphia hit a record high last year, and gun violence is the leading cause of death among children over 15 in the city.

From 2019 to August this year, 176 teenagers died from gun violence in the city.

On Tuesday, the school district announced it would send an emergency response team to Roxborough to support students and staff following the shooting.

After dropping her daughter off at Roxborough High on Wednesday morning, Veda Brown said she believes there should have been “a grief day” at school, and that district officials should meet to discuss how to meet the mental health needs of the students in the aftermath of the incident. Brown said Roxborough should have canceled classes on Wednesday.

“My child has special needs, so his anxiety is at 10 today,” Brown said.

Superintendent Tony Watlington said the past 24 hours have been devastating for the school district.

“It is absolutely unimaginable that a group of students participating in a wholesome activity would be shot while walking around in the high school setting,” he said.

Mayor Jim Kenney offered his condolences to the families of the students who were shot, as well as “the entire Philadelphia school community.” But not all parents outside Roxborough on Wednesday felt magnanimous towards Kenney, whose approach to gun violence following a July shooting in the town has been under close surveillance.

“Our children are not safe and we don’t have the leadership of a mayor who cares about gun violence,” Roxborough parent Angela Griffin said after dropping her daughter off in front of the school. “It’s just beyond reprehensible.”

Griffin added that the school should have canceled classes on Wednesday and she criticized the district for not leaving a voicemail about the incident when he contacted her.

A district spokeswoman, Marissa Orbanek, said Wednesday that parents at the school who are registered on the district’s parent portal have received multiple notifications from the district regarding the incident.

Not every parent in Roxborough wanted classes closed.

“We must do all we can to help teachers. Yes, they should have gone to school today. We are already late,” said Aaron Stephens. “They should revolve the day around what happened and reach out to children who may be affected at this time.”

Parent Tasha Green said the area around Roxborough High was “a good neighborhood” and the shooting had scared everyone.

“No, I don’t believe they should go to school today,” Green said. “You never know if the shooters will come back.” 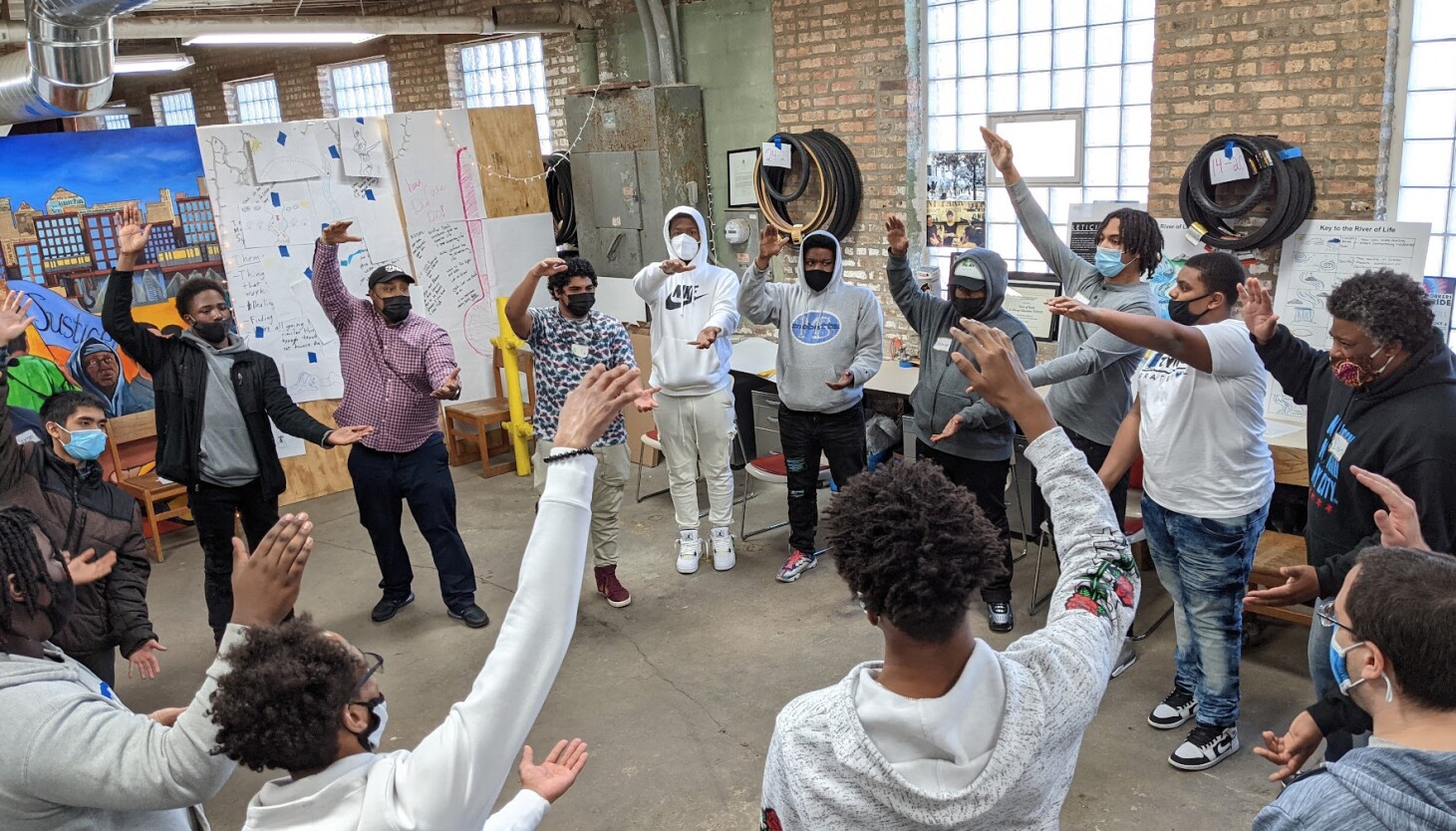 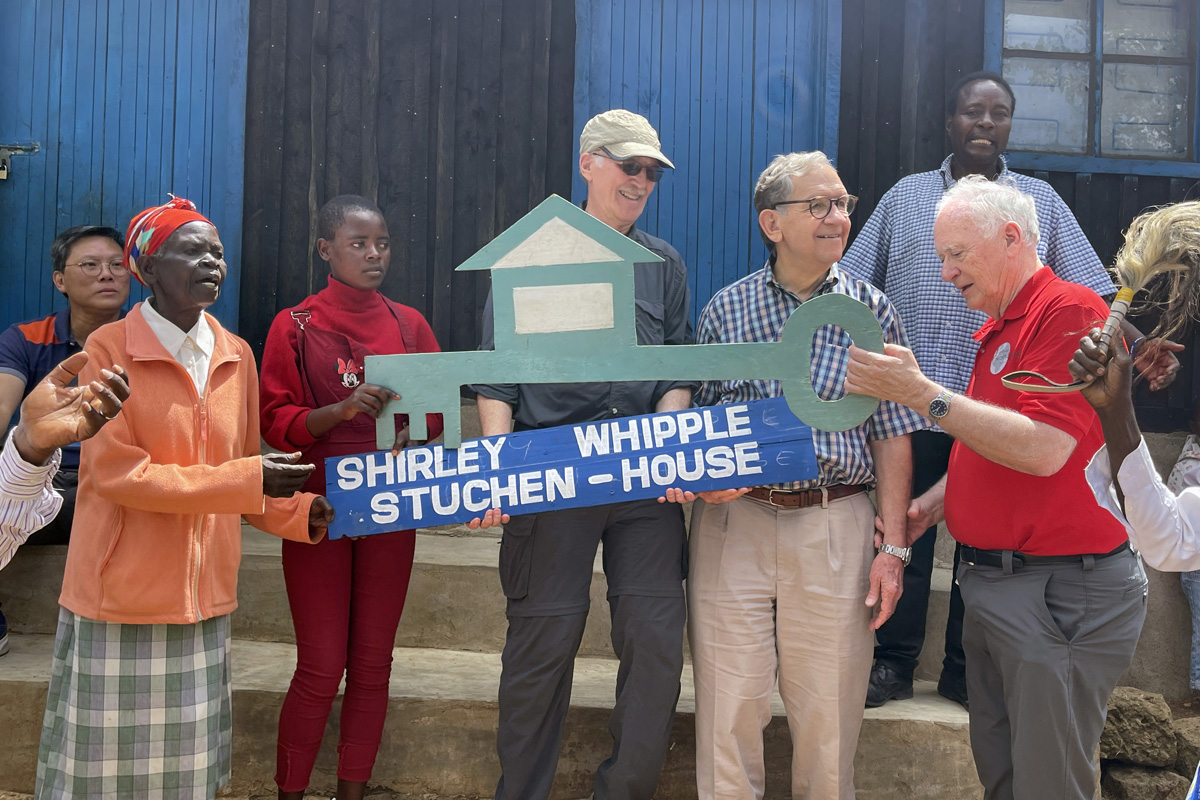 Construction of houses for AIDS orphans in Kenya