The Trapp family story is a story of immigrant success filled with overcoming challenges and adapting to the realities of a new country and culture. While the broad outlines of the Trapp family’s lived history corresponded the sound of music, the film ended when the family’s immigration journey to America began.

Maria von Trapp, played by Julie Andrews in the film, worked and fell in love with the children, married the captain, and the family left Austria. However, Hollywood movies and real life are not the same. The family did not like the portrayal of Georg, the father/captain, who Maria and the children felt was loving and outgoing, not stern and reclusive as portrayed in the film.

Maria was a nun, as shown in the film. “The only important thing for us on earth is to know what God’s will is and to do it,” she wrote in her memoir. The Story of the Trapp Family Singers. Maria remembers saying these words to the Reverend Mother shortly before she was appointed tutor to Baron von Trapp, who would become her future husband. Contrary to the film’s description, Maria was not governess to all the children, and she married Georg over a decade before World War II. She writes in her memoirs that her love of children inspired her to marry Georg. There were 10 children, instead of the seven depicted in the film.

The family became singers and toured Paris, London, Brussels and elsewhere, once even singing for the Pope. The war interrupted their musical ambitions in Austria.

On March 11, 1938, the family celebrated the birthday of their daughter Agatha. On the radio, they heard the Austrian chancellor say: “I yield to force. My Austria, God bless you! The next morning, Maria saw German soldiers “at every street corner”.

The Trapp children felt the impact of the Nazi takeover of Austria. Children were forbidden to sing songs at school with the word Christ or Christmas in the name. Shortly after the takeover, her daughter Lorli told Maria that her first-grade teacher wanted to talk to her. The teacher said to Maria: “Yesterday, when we learned our new anthem, Lorli did not open her mouth. When I asked her why she didn’t sing with us, she announced in front of the whole class that her father had said that he would put ground glass in his tea or that he would end his life on a pile of manure before singing this song. . Next time I will have to report it. Lorli also refused to raise her hand in a “Heil Hitler” salute. Maria feared that the family would be placed in a concentration camp.

The Austrian Navy Department asked Georg to come out of retirement and command a submarine. Soon after, the Trapp family was invited to sing at a birthday celebration for Adolf Hitler. In both cases, Georg’s answer was “No”.

After these refusals, Georg brings the family together for a pivotal moment in their lives. “Children, we have a choice now: Do we want to keep the material possessions we still have, our house with the old furniture, our friends and all the things we love? – Then we will have to give up the spiritual goods: Our faith and our honor. We can no longer have both. We could all make a lot of money now, but I doubt that would make us happy. I prefer to see you poor but honest. If we choose that, then we have to go. Do you agree?”

“So let’s get out of here soon,” Georg said. “You can’t say no three times to Hitler.”

Real life diverged from the movie The sound of music. “The family did not secretly escape through the Alps to freedom in Switzerland, taking their suitcases and musical instruments,” writes Joan Gearin, archivist at the National Archives and Records Administration. “As his daughter Maria said in a 2003 interview printed in Opera News, ‘We told people that we were going to sing in America. And we didn’t climb mountains with all our heavy suitcases and instruments. We left by train, pretending nothing.

Gearin notes that the family traveled to Italy, not Switzerland. Georg, Maria’s husband, was an Italian citizen by birth. “The family had a contract with an American booking agent when they left Austria,” writes Gearin. “They contacted the agent from Italy and asked for a ticket to America.”

Maria describes their first impressions of America. “Bewildered – utterly bewildered – that’s what we all were when three cabs ran us over on Seventh Avenue at 55e Street . . . All instruments in their cases. . . the large trunks with the concert costumes and our personal effects. . . the tallest houses in Vienna have five or six floors. When the elevator took us to 19e floor, we just couldn’t believe it.

The family began a series of concerts, but their agent, Mr. Wagner, canceled the other tour events when he discovered that Maria was eight months pregnant. “What a blow! Fewer gigs meant less money and we needed every penny,” Maria writes. She gave birth to a son, Johannes, around Christmas.

Money became an issue since what the family earned was mainly used to reimburse Mr. Wagner for the cost of boat tickets, which he had advanced. Their visitor visa expired in March. The visa stipulated that they could only earn money by giving concerts. Luckily, the family’s agent had other concert dates scheduled. However, the Immigration and Naturalization Service (INS) thwarted these plans.

“One morning came the fatal letter,” writes Maria. “The Immigration and Naturalization Service informed us that our request for a temporary stay extension had not been granted and that we must leave the United States by March 4th. It was a blow. We had burned all our bridges behind us and would never have dared to return home, and now America would not allow us to stay here. . . . One thing was certain: we had to leave.

The family traveled by boat to Europe and gave small concerts in Sweden and elsewhere. Germany’s invasion of Poland in September 1939 interrupted their concert plans.

Their agent, Mr. Wagner, provided another advance for tickets to the United States, which meant the family was once again heading to America. After arriving at the dock in Brooklyn, Maria made a mistake that almost cost the family their sanctuary. When an immigration officer asked Maria how long she intended to stay in America, instead of saying “six months,” Maria replied, “I’m so happy to be here, I don’t want to never leave again! »

This mistake landed the family in an immigration detention center. Reporters and photographers came to Ellis Island and published stories about the Trapp family’s detention. After the fourth day, the family was questioned in a hearing in immigration court, focusing on their intention to leave. Given the judge’s tone, Maria was pessimistic after the hearing. Perhaps only due to outside pressure and publicity, the family was released.

During their second tour of America, the family learned the harsh realities of show business. Their agent, Mr. Wagner, scheduled them in major concert halls but poorly publicized the events. Wagner told the family he didn’t think they had enough appeal for American audiences and decided not to renew his contract to portray them. Without representation, the Trapp family had no chance of success and no way to stay in America. The family had reached another moment of crisis.

With great effort, they found another potential agent. However, he said his portrayal depends on modifying the family’s act to appeal to a wider American audience, not just those primarily interested in choral or classical music. He told them he would need $5,000 up front for publicity and publicity. At the time, the family only had $250 in their bank account. The entrepreneurial family got to work. They met a wealthy couple who, after hearing their story and listening to them sing, promised to lend them half the money. The Trapp family found another sponsor for the remaining $2,500. They were back to business.

Their new agent changed the name of the Trapp Family Choir, which he considered “too religious”, to Trapp Family Singers. To earn money before the start of the new tour, the family made handicrafts, such as children’s furniture, wooden bowls and leather goods.

The family’s entrepreneurial streak continued when they purchased a farm in Vermont and added a music camp to the grounds. During World War II, the family clashed with government regulators from the War Production Board, who said the family had used “new” rather than “used” wood in violation of the law. Maria thought she would be jailed until regulators relented after she showed them the wood had been bought 18 months before. The Vermont governor attended the camp’s grand opening, which featured the Trapp family singing the Stars and Stripes. Today, the farm and the gîtes remain a tourist attraction.

Two members of the Trapp family returned to Europe, fighting as soldiers for the United States Army in World War II. It was an ironic twist. Rather than their father being commissioned as a submarine commander for the German war effort, the sons fought against Germany in Western Europe. After the war, the family repossessed their Austrian home, which had been confiscated to serve as the headquarters of (SS Reich leader) Heinrich Himmler. The family sold the house to a religious group and raised funds to help Austrians impoverished by war and German occupation.

The Trapp family overcame tragedy in America. In 1947, Maria’s husband, Georg, died. He died of pneumonia surrounded by his family.

The Trapp family continued to perform and eventually hired outside performers to replace some of the children who had pursued other careers in America, including medicine. The great-grandchildren of Maria and Georg continue to sing in America.

Maria von Trapp’s proudest day in America came in 1948, when she became an American citizen. “Then came the big day in May when we were summoned to the Montpellier courthouse – the five-year wait,” writes Maria. “What a mixed group it was, waiting there in the courtroom: Italians, Croats, Syrians, English, Irish, Poles and us Austrians. The clerk called the role. Then the judge entered the room. We all got up from our seats. Then we were asked to raise our right hands and repeat the solemn oath of allegiance to the Constitution of the United States of America. After we finished, “So help me God,” the judge asked us to sit down, looked at all of us, and said, “My fellow citizens. He was talking about us, now we were Americans. 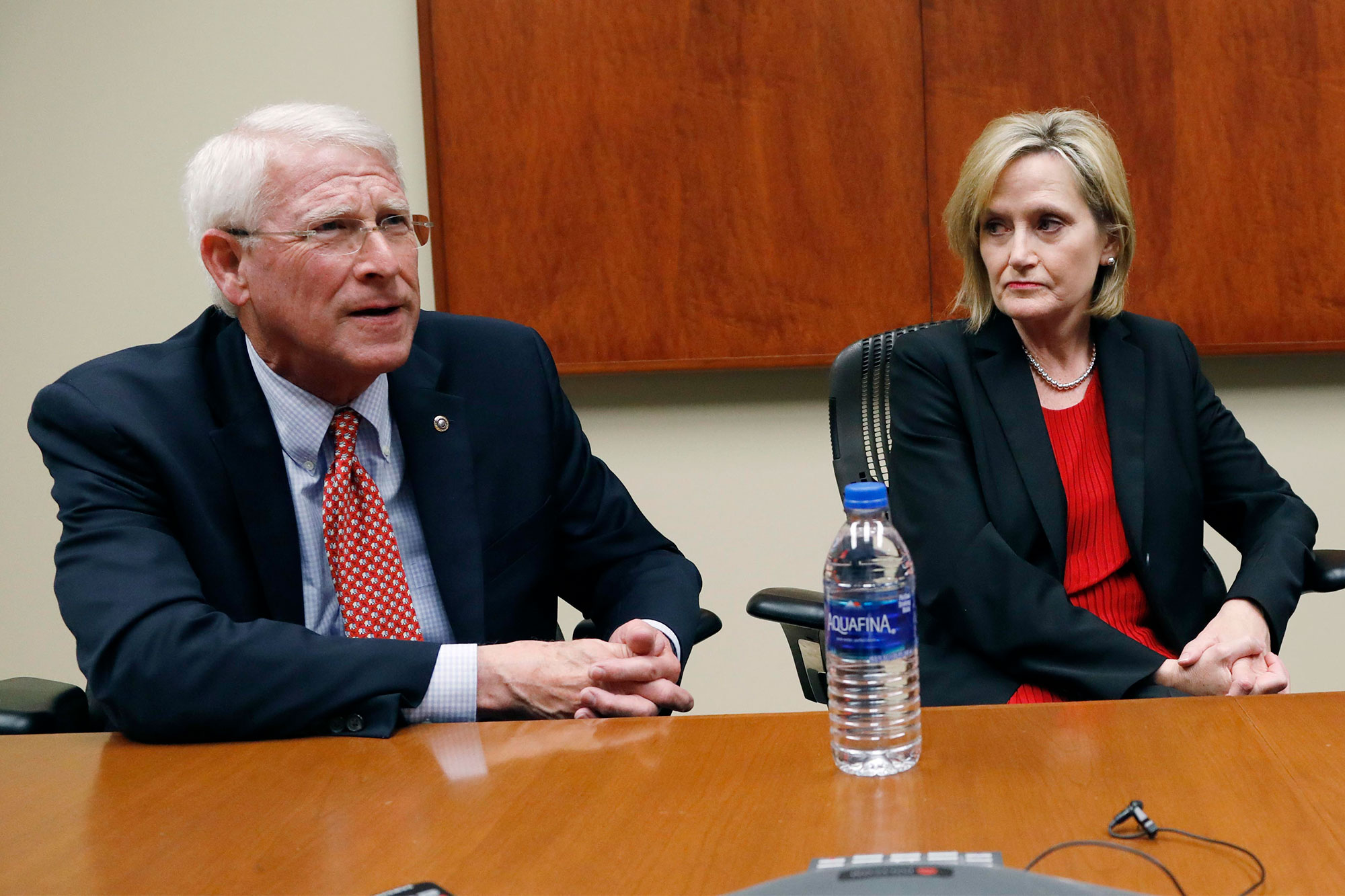