A group of politicians called Tottenham cut ties with its main sponsor AIA and accused the club of “collaborating with supporters of human rights abuse in hong kong”.

Introduced in 2020, the legislation made it easier to prosecute protesters and shut down civil society groups, unions and independent media.

The UK government opposes the law and a parliamentary group has written to Spurs chairman Daniel Levy and called on the club to end its partnership with the AIA.

In the letter, shared with standard sportsthe politicians claim that by continuing to support the national security law, the AIA was “giving legitimacy to China’s unlawful establishment of a brutal and totalitarian regime in Hong Kong”.

The group – which includes Lord Alton of Liverpool, Baroness Bennett of Manor Castle and Lord Shinkwin – called the law ‘overbroad and draconian’ and described Tottenham’s sponsorship of AIA as a ‘stain’ on the club’s reputation .

Spurs first entered into a sponsorship deal with the AIA in 2013 and its logo has been on the front of the club’s shirts ever since.

In 2019, Tottenham announced a new deal worth £320m to extend their partnership with AIA until 2027.

The group of politicians urged Spurs to stand in solidarity with the “principles of democracy and equality”. They called on the club to reconsider their AIA deal and ‘look elsewhere for sponsors’.

They wrote: “We must show Hong Kong people that they are not alone, that those who support their oppression will not benefit and that Tottenham Hotspur Football Club supports human rights and freedom.

As part of the AIA’s sponsorship deal with Spurs, his brand is set to continue to appear on the shirt fronts of the club’s men’s, women’s and academy teams until the end of the 2026-27 season. 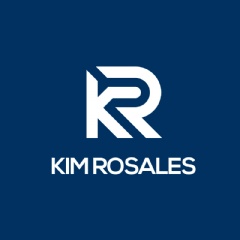 Check out photos from the Community Healthcare Clinic Sponsors Reception