Yurii and Vitalina Zinchenko never dreamed of living in America. Now they hope they never have to leave.

Born and raised in the Ukrainian city of Kharkiv, less than 30 miles from the Russian border, the two successful lawyers are making a new life in Whitefish after watching their beloved home systematically destroyed by missile strikes and shelling since then. the start of the Russian invasion in February.

The couple and their 3-year-old daughter, Anastasia, fled their apartment on February 24, the first day of the fighting, but no matter how many times they moved, the war was a constant and unwanted companion.

“We never dreamed of leaving our house. It was amazing and beautiful,” Yurii said. “We were born there. We have lived there all our lives and our child was born there. It’s an amazing city that was very clean and beautiful. It had recently been named the most comfortable place to live in Ukraine. Now watch it. It’s not a safe place for us. It’s not a safe place for anyone. »

At first the family took refuge with Vitalina’s parents 24 km from Kharkiv, but there was no way to escape the Russian attack.

“The first few weeks were horrible. We were bombarded with missiles, artillery and planes. Each time, we told Anastasia that it was a kind of fireworks display. We told her that the sirens she heard were music. We were telling him it was anything but a war,” Yurii said. “You try to sleep, but you can only sleep maybe an hour. You always listen because the missiles keep hitting and your windows always shake. I was always worried that the glass would break, so I slept so to be able to use my body to protect my family. We had to keep moving because it’s not a way to live.

The next stop for the Zinchenkos was a house in the neighboring state of Poltava, where they took refuge with three other families as well as a number of individuals, but even that was not a haven for long.

The family continued to seek safety, never knowing what each day would bring and when the missiles would again force them to flee. For five months they wandered the Ukrainian countryside.

“Each time, we thought we had found a safe place. The war would follow us. Missiles would start falling around us and we had to go further west,” Yurii said.

And so the fate of the Zinchenkos continued.

Despite wanting to stay in their home country, Yurii started calling friends outside Ukraine asking for help. He called Poland, Bulgaria, Romania, Germany and more, but the answer was always the same. Everyone would like to help, but their countries were already overflowing with Ukrainian refugees.

About a quarter of Ukraine’s population has been driven from their homes by the conflict. With more than eight million people seeking refuge outside the country, asylum in Europe is hard to come by. Determined to protect his family, Yurii directed his efforts elsewhere.

Having heard about the Uniting for Ukraine program in the United States, Yurii sent emails to all US senators, as well as several immigration lawyers, asking for help.

Just as had been the case with her appeals across Europe, the answers were all the same: everyone would like to help, but the family would have to reach the United States first.

When Yurii’s cell phone rang with the caller ID showing an unknown US number, his hope was rekindled. A former Ukrainian living in the United States offered to help the family find a godfather.

It wasn’t long before a sponsor was found in Alaska, but Yurii had his reservations.

After the Bolshevik Revolution a century ago, the Russians forced his great-grandparents into labor camps in Siberia and killed his grandfather when he refused to go.

“I told him we had a history in Siberia, so Alaska doesn’t scare me, but maybe we can find somewhere a bit warmer,” Yurii laughed.

The “warmest” place they found was Whitefish.

“I hung up the phone and told Vitalina that they had found us accommodation. She asked where and I said Montana. She asked: ‘Where is it?’ I said, “I have no idea, let’s go to Google,” Yurii said. “I had studied America in high school, so I knew a lot of states and a lot about them. I didn’t know much about Montana. I thought Montana was somewhere in the middle. I knew Montana had a lot to do with cowboys and Indians, so I figured it must be somewhere near Texas. I was very wrong.

AFTER a month-long layover in Normandy, France, waiting for airline prices to drop, the family finally made it to America and found their first experiences with the country amazing.

“Our flight from Paris to Dallas was delayed and we missed our flight to Missoula. The airline not only offered us new tickets on another flight, but also offered us a hotel room and paid for our meals,” Yurii said. “That would never happen in Ukraine. Our first impression was that in this country a lot of things are done to help people.

Now settled in Whitefish for over a month, the Zinchenkos are getting used to their new life while planning for their future.

The family is supported by a sponsorship circle of five members who serve as a participatory board of directors, overseeing the funding of rent, food, education, job preparation, medical care and more.

While Yurii says he’s ready to work as a truck driver or do whatever it takes to support his family, he hopes to eventually put his knowledge of law to good use. If possible, he would like to help other Ukrainians to make the same trip as his family.

Vitalina hopes to fulfill her dream of helping others by studying to become a medical assistant.

“If you have opportunity, and America is the land of opportunity, then anyone can be anything they want,” Yurii said.

WHILE YURII, Vitalina and Anastasia find their way out, they worry about their friends and family back home, including Vitalina’s brother, who has already narrowly escaped death three times during the fighting.

The last, and closest, call came when a missile hit just 15 meters from him, leaving him covered in dirt, dust and debris.

“Every morning we wake up, take out our phones and read what happened at home and check in with our friends and family to see if they are okay,” Vitalina said. “Our hearts and souls are always there with them.”

“You can’t imagine what war is like until you’ve experienced it. When it hits your house, it shatters all your preconceptions. After everything Europe went through with WWI and WWII, it’s hard to imagine this happening again,” Yurii added. “But, our people are stronger than everyone thought. NATO was afraid of Russia, but we encourage Europe with the way we fight back. Those who fight are heroes.

The family hope Vitalina’s brother will consider leaving the country when his first child is born later this year.

“You think differently when you’re a father,” Yurii said. “When you have a child, you have a responsibility to think about what happens next. I learned that firsthand.

WHILE THE family was finally able to find safety in America, their future is once again uncertain.

The Zinchenkos have been granted humanitarian parole for two years, but they don’t know what will happen next.

“We thought about coming back when we got here, but the more we live here and see for ourselves how beautiful this country is, we learn how great a place it would be for us and for the Anastasia’s future,” Yuri said. “When you pay taxes here, you see all these facilities built with them – hospitals and schools. Taxes here pay for things instead of just being stolen and put in the pockets of politicians. America is very different from what we have known before. We don’t know what our future will be, but we will keep looking for a way to stay. It’s an amazing country.” 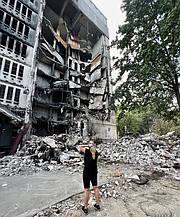 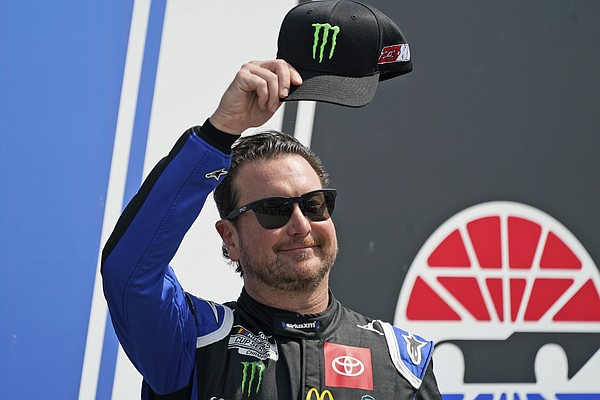 Concussed NASCAR champion Kurt Busch walks away from the sport 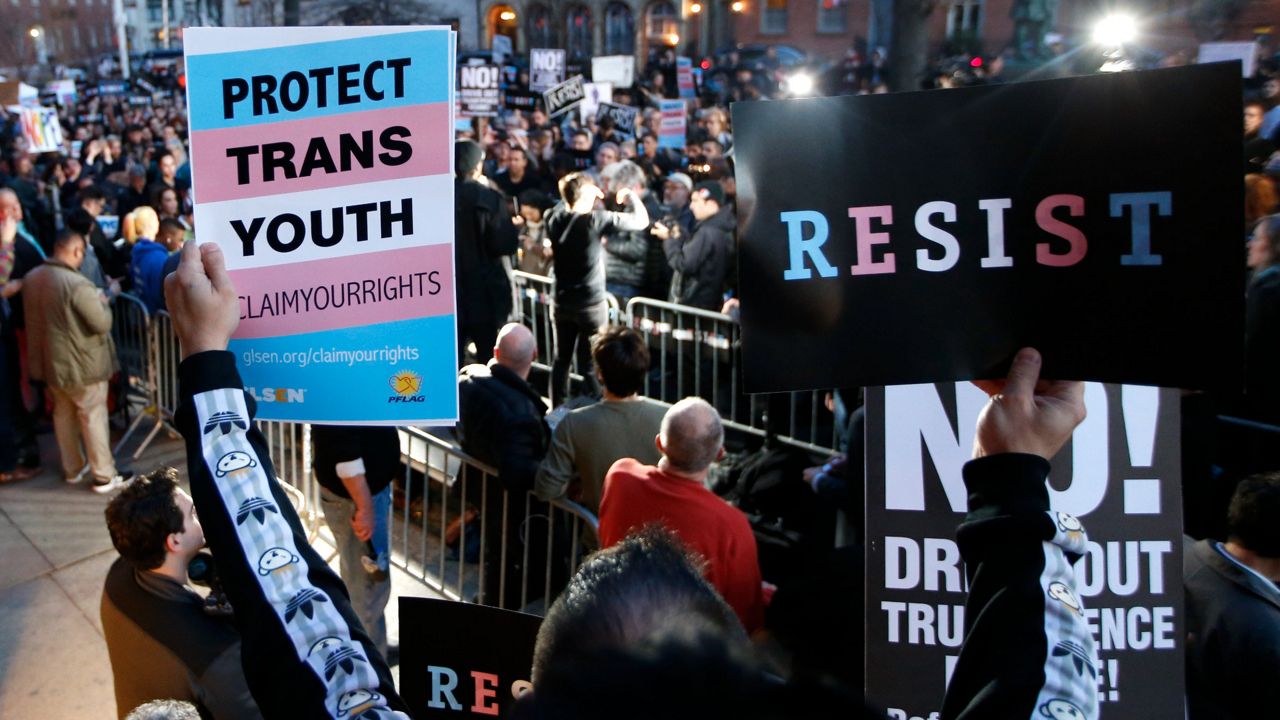 Bill to protect access to gender-affirming care scrutinized by lawmakers