ST. LOUIS (AP) — In what’s known as the secure transportation industry, it’s called “gooning.” Muscular men show up under cover of darkness and force a teenager into a vehicle, taking him against his will to a boarding school, foster home or treatment center.

The process is usually initiated by parents who no longer know what to do with a child they perceive as troubled. For children, it is the traumatic first step on a journey to an unfamiliar place, perhaps hundreds of miles from home.

Teens who resist are often told, “We can do it easy or the hard way.” They can be restrained by handcuffs or zip ties. They could be blindfolded or wearing a balaclava. Although a secure transportation company operator was indicted last month, criminal charges are rare because the little-known industry is largely unregulated. In fact, the indictment was for the breach of a restraining order, not the transportation itself.

“Some of these stories are almost out of a Charles Dickens novel,” said Rep. Ro Khanna, a California Democrat who is pushing for federal regulation of the secure transportation industry.

Thousands of American teenagers end up in some sort of congregate care facility or program each year to deal with issues ranging from behavioral issues to drug or alcohol abuse and crime.

In Missouri alone, more than 100 Christian boarding schools promise hope to wayward teens. In Utah, wilderness programs use a back-to-nature approach to try to help young people turn their lives around. Other children end up in foster homes or treatment centres.

In many cases, the children do not want to leave the house and refuse to accompany their parents. This is where secure transport companies come in.

At a cost often running into the thousands of dollars, parents hire one of many companies that specialize in transporting children to community care. Many have websites touting their approaches.

“My goal for your child is to begin this transition with 100% honesty and integrity,” Julio Sandoval of Safe, Sound, Secure Youth Ministries in Missouri posts on his site. “I am not of the ideology of necessarily pleasing your child. Happiness will eventually arise when he finds himself growing up as a young man and not a threat to himself and society.

Sandoval, 41, and the mother of a California teenager were indicted by a federal grand jury in August. The indictment says workers from the Sandoval company handcuffed the teenager at a store in Fresno, California, and drove him to the Agape boarding school. in Stockton, Missouri. The boy was reportedly held for the entire 27-hour journey. Sandoval and the mother are charged with violating the boy’s restraining order against her.

Sandoval was previously a dean at Agape and now works at another Christian boarding school in Missouri, in addition to operating the transportation company. Phone and email messages left with his company and Sandoval’s attorney were not returned.

The secure transportation industry is regulated in only one state: Oregon. This law, implemented in 2021, prohibits the use of balaclavas, blindfolds and handcuffs, among other things.

Other states may follow suit. Utah State Senator Mike McKell, a Republican, and Missouri State Rep. Keri Ingle, a Democrat, plan to introduce legislation next session regulating the secure transportation industry in their states. But advocates say that because so many children are being picked up from one state and taken to another, federal legislation is vital.

“You have a host of jurisdictional issues,” McKell said. “You pick up a kid in California and he ends up in Missouri. If there is a problem or an abuse, where is the jurisdiction? This is a question that deals squarely with interstate commerce. I think we need a federal solution.

Khanna is formulating the “Community Care Accountability Act,” which would provide protections in youth facilities, such as prohibiting solitary confinement and the use of chemical or physical restraints. His proposal would also provide for regulation of transport companies.

“But they didn’t know that there was actually emotional abuse, sexual abuse, physical abuse and they didn’t realize the trauma of kids being tricked into going. What we end up doing is just creating more trauma for these children.

David Patterson was one of those children.

He was a high-achieving freshman in high school – honor roll student, pole vaulter on the track team. He said his parents were alarmed because he got drunk and smoked marijuana on Halloween, and because he told them he was gay.

On Father’s Day 2002, two men showed up at the Patterson’s California home around 4 a.m. and dragged him out of bed. They showed the handcuffs they would use if he didn’t get in a cab, which took the trio to the airport for the flight to Missouri. Within hours, Patterson was at Agape, where he spent about a year.

Patterson, now 35, said the trauma of being taken to school had scarred him for a decade. “When I saw yellow cabs, I had panic attacks and episodes,” he said.

The process is expensive. One company lists fees on its website stating prices are up to $2,895 plus airfare for two agents and the child; or $300 to $5,000 for children who are taken to a facility, depending on distance and other factors.

An analysis of data earlier this year by American Public Media, The Salt Lake Tribune and public radio KUER in Salt Lake City found that Utah receives far more troubled teens than any other state. Analysis from 2015 to 2020 showed that about one-third of teens who crossed state lines for a youth treatment center ended up in Utah. Virginia, Texas, Missouri and Iowa had the highest numbers.

Added to concerns about secure transport companies are accusations about some of the places the children are taken to.

At Agape, which serves around 60 teenagers, the former school doctor was charged with multiple counts of child sexual abuse last year, and five staff members are charged with abuse. The Missouri Attorney General’s Office this month asked a judge to shut down Agape, and Missouri House Speaker Rob Vescovo asked the Kansas City U.S. Attorney Do the same thing. For now, the school remains open.

In nearby Humansville, Missouri, Circle of Hope, a Christian boarding school for girls, closed amid an investigation in 2020. Husband and wife co-founders were charged with 99 counts of abuse last year , including sexual abuse.

Allegations of wrongdoing at Agape and Circle of Hope led Ingle to sponsor a measure enacted last year that requires stronger oversight in Missouri.

Now Ingle has said she will call for tougher regulations on companies transporting children against their will.

“It looks like something so dramatic – minors being picked up in the middle of the night and taken to a facility. But it’s something that’s been happening in this state for decades now,” Ingle said. 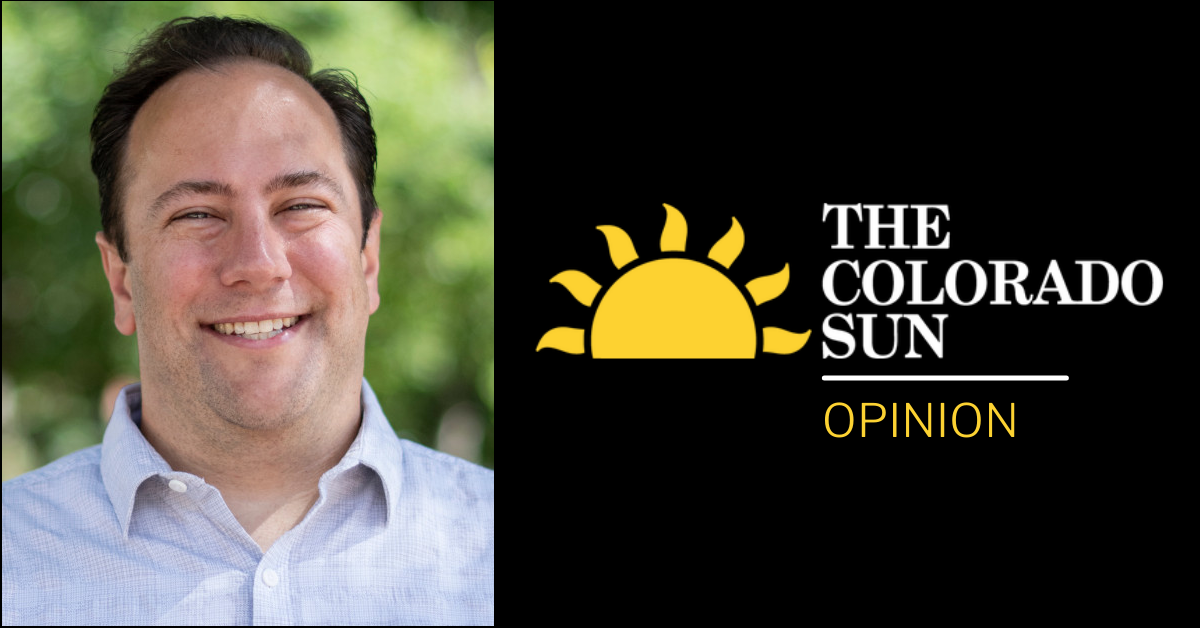 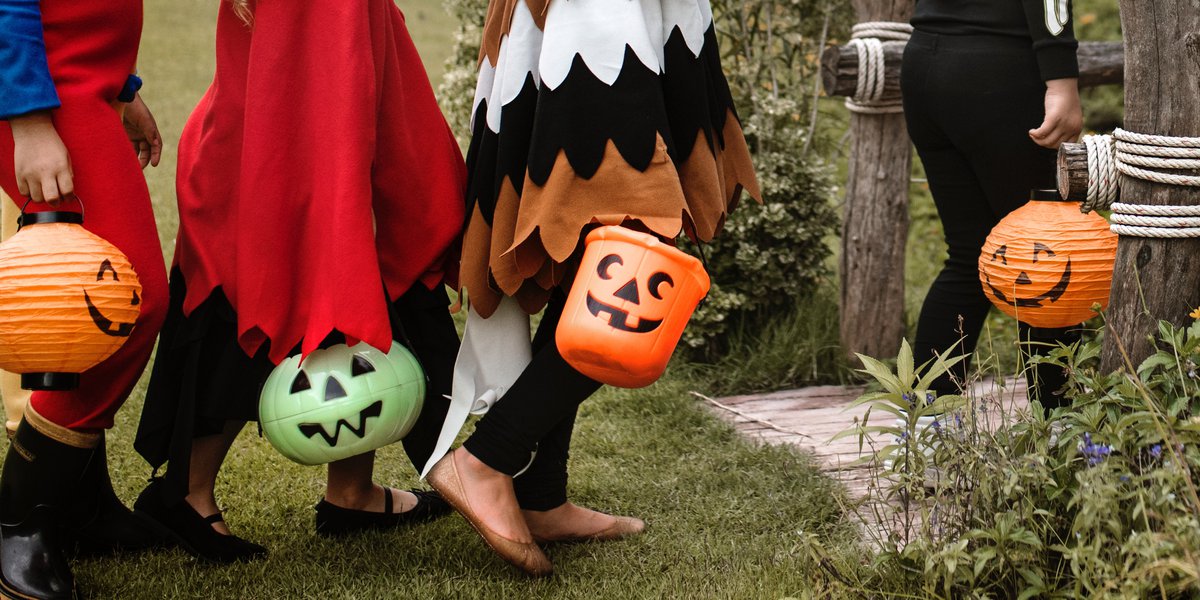 Cincinnati could move Halloween Trick-or-Treat permanently to the weekend